Claes has a long and solid career within the Volvo Group in a number of senior positions both in Sweden and abroad. Among other things, Claes has been responsible for sales and marketing in several regions such as Europe, South America, Asia and Africa. He has also been responsible for Strategy and Business Development both regionally in North America and Globally for Volvo Trucks.

In the last years before Claes left the Volvo Group (2019), Claes was CEO and responsible for the group's largest business area Volvo Trucks, and thus also a member of the Group management.

The roles have also included a number of board assignments, such as Volvo Financial Services (customer financing for all the group's product areas), Volvo Venture Capital, a number of marketing companies in almost all continents.

As CEO of Volvo Trucks and in other senior positions, Claes has, among other things. has been responsible for several major change projects, rationalization initiatives and reorganisations, establishment in new markets. He has led and participated in a number of large and small acquisition and subsequent integration projects. He has also acted as a coach and advisor to several people, both within Volvo and externally. Developing a modern and effective leadership has always been a great interest and an area to which he has devoted a lot of time and energy.

Before the Volvo era, Claes worked at IBM and the development of IS / IT has also been an important part throughout his career. Through his various positions at senior level, Claes has good insight, and knowledge, not only in the automotive industry but also in adjacent parts such as dealers, financing and rental companies, bodybuilders, service companies related to transport, and not least the transport industry in general. After his career at Volvo, he has had assignments as an advisor and board member. 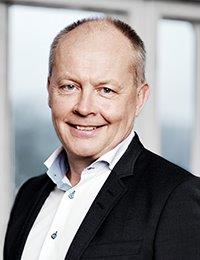