Håkan has a long and solid experience of management, sales, marketing and business development at an international level and has successfully built up and driven sales in many different markets. He has more than 20 years of experience in the life science industry and has a great interest and commitment to especially medtech and biotechnology. During the last five years, Håkan has worked as CEO at Alteco Medical AB, a listed company, thereby gaining experience in areas such as investor relations, capital raising, regulatory processes, etc.

Håkan studied international business administration in Lund and began his career at Handelsbanken in Stockholm. The work consisted of assisting large Swedish companies with export financing. During five years in Stockholm, Håkan also worked at PK-Banken, with a responsibility for export financing in eastern Europe, and as a key account manager at AB Svensk Exportkredit. After his father passed away in the early 1990s, Håkan took over the large ,family-owned supermarket in Malmö with 25 employees.

The life science career began at Althin Medical AB as area manager for the Middle East. The geographical area showed an 80% growth during Håkan's management. Håkan has also worked as sales director at Mediplast AB where he also built up the company's international sales division. The next step in his career was a position as Area Director at Gambro in Lund. Håkan was responsible for Gambro's sales in central and eastern Europe, a total of 11 countries, during the years 2002-2006.

Håkan is also experienced in the biotechnology field and worked as Director Marketing & Sales at the successful probiotic company Probi AB.

During the years 2011-2014, Håkan worked for the English medtech company Kimal Plc, where he was responsible for European business development projects. 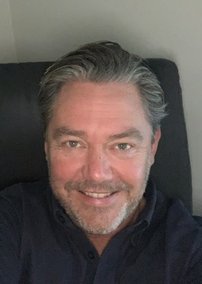 As consultants, we have a great deal of experience in operating positions and taking responsibility for change processes. Our focus is on the parts that are often postponed, such as implementation and anchoring in the business, where we focus the individuals on the organization. We take responsibility for making plans happen and achieving results.