Stefan Johansson has worked for more than 20 years as CEO of larger groups in the process industry, heavy manufacturing and also in the transport and logistics industry. He has in those missions worked with private owners, venture capital firms and member-owned companies.

In parallel with this, Stefan has also been very involved in several boards, ranging from listed companies to privately held companies, both as a member and chairman. Today he is, among other things, committed as chairman of an international company with strong growth.

Stefan started his career as an accountant and later as CFO of listed companies in the construction and real estate industry. He has also been active for several years as a management consultant.

In his different positions, Stefan among others, worked with international growth, merger of larger groups and turnarounds. For several years, he built up a major international chemicals group (Bona) with subsidiaries in 20 countries and distributors in 30 countries. Here he also build up production and logistics functions in Europe, United States and Asia. This growth was created through both organic growth and numerous acquisitions, the majority of them internationally. 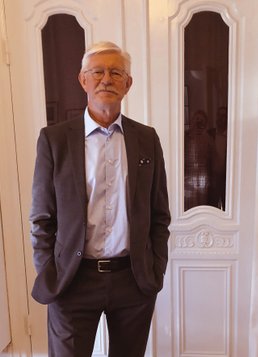 He has also been responsible for merging two independent companies with different cultures into a new strong unity (St Eriks) with 13 production units in Scandinavia. This also meant the closure and streamlining of production units. This also included a refinancing of the business, as well as a successful capital restructuring program.

Most recently, Stefan comes from the transport and logistics industry, where the main task was to transform a traditional carrier into a modern logistics group (m4 Group). This meant both focusing on core business as well as an extension of the business model.